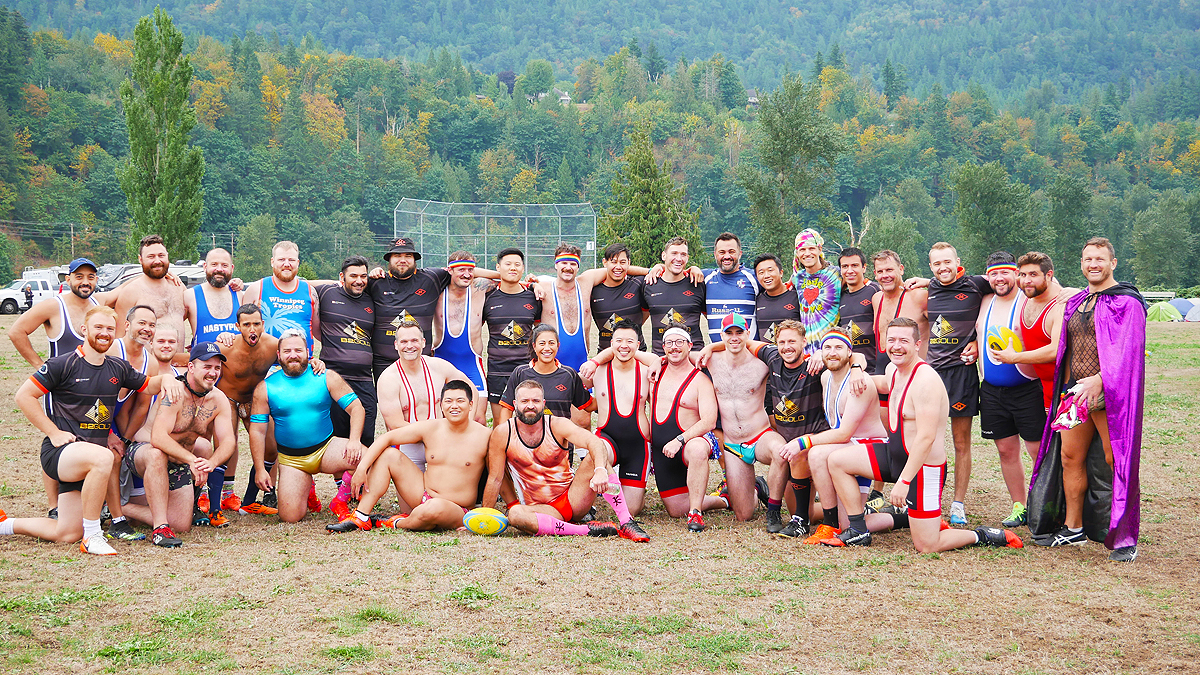 What an exciting weekend for the Rogues! We went to our first tournament and had some light practice on Sunday.

The Rogues joined the annual Sasquatch Rugby Tournament in Chilliwack over the weekend. Most of us drove up Friday night for some festivities and to set up our tents. After a fun evening, games began at 10AM on Saturday morning. For our first time playing against other teams, we put up a valiant effort and managed to score some great tries. It was great experience for our team and has given us a baseline for what to expect as we move forward into the season in September and look towards Bingham 2022. Saturday afternoon ended with some friendly competitions and drinking games. It was a great opportunity for the Rogues to go out and start making connections with some of the other ruggers in the lower mainland!

Sunday, we packed up camp and headed back to Vancouver. At 3PM we reconvened for a light practice which consisted of traffic drills and some new contact drills. We're now starting to practice tackling form! Practice ended with some in-house touch games. Practice ended with a few drinks at the Meraloma Club, after which a small crew headed to Pumpjack to round off the evening.

Your Rogue Rookie of the Day was Sergio Salgado-Sanchez! He brings his best every week and it truly shows! Next time you see him, make sure to give him your congratulations.

Alright, that's it for now! We'll catch you next week!